All prices include delivery. Inspired by a sketch by Paul McCartney, the four Sgt. Pepper suits were specially made for the band in 1967. George’s suit is made from orange/red satin with green rope and silver details. The jacket has a wavy hem and is fully lined. Unlike the other three jackets, George’s 5 horizontal bars fasten across the chest instead of being split at the vertical opening.

There are no reviews yet.

This site uses Akismet to reduce spam. Learn how your comment data is processed. 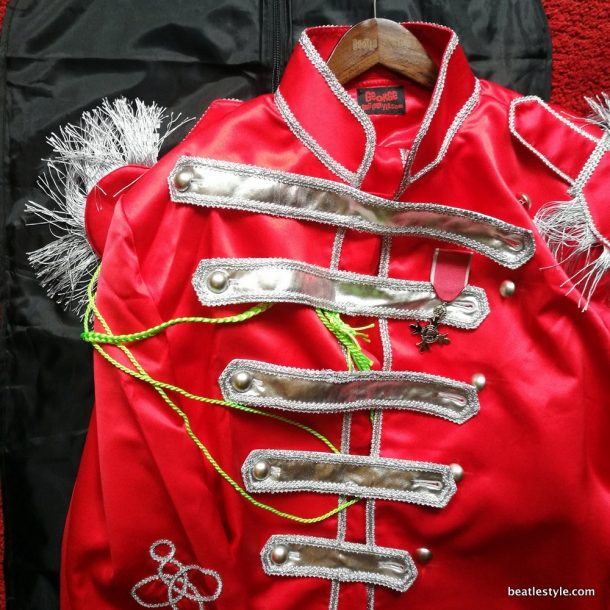 We care about your privacy - by subscribing you will receive our newsletter at most once per month (with offers and info on our tailor-made clothing etc), and remember you can unsubscribe anytime you want.

You have Successfully Subscribed!